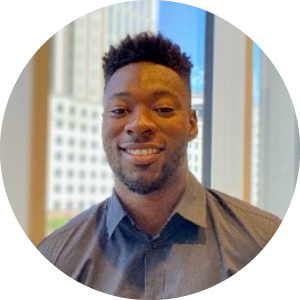 Though Joshua began his career pounding the pavement as a grassroots organizer in his home town of Chicago, his political interests pushed him to get involved with the 2019 Democratic presidential primaries. After serving as Kamala Harris’s traveling advance staff, Joshua ended the primaries as the Director of African American outreach in South Carolina for former presidential candidate Beto O’Rourke. In May of 2018 Joshua earned a Bachelor’s of Science degree from the University of South Dakota, where he played 2 years of Division I basketball and won a conference championship. Joshua currently lives in Washington, D.C. where he loves to explore the city on his bike, admire the history and discover resources that help him grasp a deeper understanding of the race and economics.