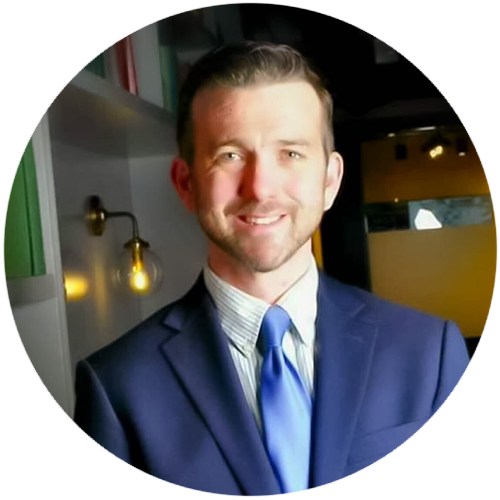 Evan is an  Analyst at HIT Strategies. He likes to say that he is an organizer with a mind for data. Inspired by Obama’s 2008 campaign and a desire to create a more inclusive and equitable America, Evan switched his undergraduate degree to political science, graduating in 2010 with his BS from Northern Arizona University. In 2011 Evan joined President Obama’s reelection campaign in Nevada. Afterward, Evan Went back to school for his graduate degree in political science from NAU, where he studied polling and research methodology and presented research at AAPOR.

Since then, Evan has worked across the country for progressive campaigns and organizations running research data-driven programs. Evan worked in Florida for Hillary Clinton’s 2016 Presidential campaign. In Wyoming as the executive director and data director of the Wyoming democratic party. In Nevada as the Data director for the America Votes table, Data director for NextGen America, and Field Director for Tom Steyer’s Presidential campaign. Evan also worked in Idaho and Nebraska as a Director for Fieldworks LLC on ballot initiatives to expand Medicaid and improve funding for education.

As an analyst at HIT Strategy, Evan’s extensive experience with progressive campaigns and organizations across the country gives him an exceptional ability to understand, manage, and exceed the research needs of HIT’s clients.

Evan lives in the Washington DC area with his wife Jes and daughter Lyra. He is a fan of the Phoenix Suns and enjoys reading and hiking. In addition, Evan is passionate about environmental justice, criminal justice reform, and improving access to health care and education.